Ari was the only son of Jeb Batchelder—one of the top scientists at the School—and the half-brother of Maximum Ride. He was also the leader of the Erasers.

Before The Angel Experiment

Unlike the other hybrids, Ari spent his early life as a non-mutant human. He was born during the month of April to Jeb and an unnamed mother, though his mother died giving birth. When he was three years old, Jeb disappeared along with the Flock, leaving Ari in the hands of the School's genetic scientists. The geneticists used Ari as an experiment, splicing his DNA with that of a wolf in order to create a new breed of Eraser that could live longer than the previous versions (those whose DNA had been spliced in the womb). But Ari didn't turn out as well as the scientists had hoped.

While Max and the Flock were out picking strawberries at their mountain home, a pack of Erasers dropped out of the sky. During the fight, Max was pinned down by two of the Erasers, and as she tried to get back up, she was slammed back down to the ground by another one of them. This Eraser, who smiled horribly as he spoke, knew Max, though Max didn't recognize him. He then made a remark about he must've grown some, which made Max realize he was Ari. Ari then kicked Max with his booted foot, causing her to black out.

Soon after, Ari transported Angel to a helicopter via a Humvee and held a gun to Max when she tried to save her. Before they left, he said that Max had it all wrong and that the Erasers were "the good guys".

The next day, as Nudge and Fang visited Tipisco, Arizona, Ari and two other rasers surprised them at the trailer park Nudge thought her mother would be at. When Nudge tried to express how sorry she was that Ari had been Eraser-fied, he told her to save her pity for herself and that their first house was nothing more than ash. He also lied and said that everyone else had died. During the quick fight that followed, Ari grabbed Fang and punched him repeatedly, but it eventually stopped after Nudge dumped green spray paint in Ari's eyes. As they left, Ari said they were dead and pulled out a gun after Nudge taunted him.

He was later seen at a gas station in a black pickup truck. He chased a guy out of the gas station after he cursed around him.

While the Flock was at a fast-food restaurant, a group of Erasers sat down nearby, causing the Flock to quickly leave. This resulted in a car chase that ended up with everyone (save for Gazzy and Iggy) being captured and taken back to the School.

Ari later showed the Flock to some whitecoats at the School.

As the Flock was about to be killed, Max bit Ari's fingers, resulting in him kicking her crate away from him and giving her time to unlatch Angel's cage. Gazzy and Iggy soon arrived with the hawks, one of which dive-bombed onto Ari and sliced the back of his neck.

Ari also appeared with another Eraser group while the Flock was in Central Park and at the beach.

At the end of the novel, Max killed him in the New York subway tunnels by snapping his neck after yet another fight. Ari said that Max really hurt him and he would have never hurt her like she hurt him.

Between The Angel Experiment and School's Out - Forever

The whitecoats at the School managed to bring Ari back to life by fusing some of the bones in his neck. They also retrofitted a pair of wings onto him; however, his graft was not done as well as the Flock members', resulting in flying being very painful for him.

During a fight with a group of flying Erasers, Ari attempted to kill Max, though Fang saved her by lunging at him. Ari managed to shred Fang's jacket and side, however, ultimately causing the Flock to have to go to a hospital. Later it it is shown Fang still has the scar.

Ari was hiding in a tree and observing the Flock when they arrived at Anne Walker's house. Seeing her being pampered anguished him, causing him to bite himself with his Eraser fangs in an act of masochism. Later, he took his rage out on several of his team members using a bō.

He was also present with Max II when the Flock arrived at school for the first time. After their second day, he attacked them with his team. At the end of the fight, he told Max that he was just playing cat-and-mouse with the Flock. He and Jeb later watched the Flock while they were visiting the White House on a school field trip.

While Max and Sam were having their date at Ye Olde Ice Cream Shoppe, Ari gave her a grin and a thumbs-up sign from outside.

Saving the World and Other Extreme Sports

Ari joined up with Max's half of the Flock.

While the other Erasers were "retired" (killed), the whitecoats allowed Ari to continue to live, as his expiration date had recently appeared on the back of his neck, indicating that he'd die on his own anyways. After learning that his death was approaching, Ari became extremely depressed and lost his hatred of Max and the Flock.

When the Flock was held captive in the School, he showed Max some of the experiments and told her of the whitecoats' plans for Re-Evolution, saying that even though he knew he would die soon, he hoped that the Flock could still escape and stop it.

He helped Angel find Total (who the whitecoats took from the Flock) and broke open a cage Nudge was trapped in, though in the process, he cut open and maimed the inside of his mouth. Realizing that the whitecoats would probably kill him for helping them escape, Max asked Ari to join them, much to the displeasure of the rest of the Flock (except Angel). Ari was very grateful that Max would take him in, and he promised to keep her safe. He joined Max's "mini-flock" when the Flock split and went with her, Angel, Nudge, and Total to Europe. During this time, Max noted that he didn't talk much, as if he didn't think he had a right to an opinion.

It was revealed that, because Jeb was Max's father, Ari was her half-brother.

Ari tried to back up Max during her tests against Omega; and later, when a mutant riot breaks out, he used his strength to literally "toss smaller mutants into the mosh pit of death". In the midst of the fight, he suddenly collapsed. Max tried to find where he was hurt, but he wasn't injured. His expiration date arrived soon after and he died in her arms.

At the beginning of the book, the Flock and Jeb hold a makeshift funeral for Ari. Each of the members dropped dirt onto the casket and said a few words. Most of the Flock—primarily Max, Nudge, Total, and Angel—broke down and cried.

Mr. Chu built an M-Geek copy of Ari to intimidate Max and the Flock, though Gazzy and Iggy destroyed it with an explosive. Upon closer inspection, Max claimed that it although it was very similar to Ari, it wasn't an exact replica.

In Nevermore, Ari was cloned perfectly—retaining all of his memories—and killed Maya; however, he was killed by Dylan when he attempted to kill Fang. This was the last time Ari was seen in the series.

Despite his young age, Ari was the size of a full-grown human because of the genetic engineering performed on him by the School. He was always in a partially morphed state; not quite human and not quite wolf, he was the most "wolf-like" of all the Erasers. When he was younger, he had blond hair.

In the first book, Ari's traits were quite adult-like, while in the second book, his feelings and thoughts were often like those of his seven-year-old self. This was best shown when he went to Best Mart in the second book, where he stole a Game Boy and was also disgusted by a woman holding a bra in public.

Ari also exhibited slight masochistic tendencies, as illustrated when he bit himself several times in School's Out - Forever because the pain "felt better."

In School's Out - Forever, it was revealed that Ari had a strong (but reluctant) admiration for Max, even going so far as to come up with a plan to steal Max away so she could play with him. However his wolfish-seven-year-old self showed through when he added that he planned to cut off her wings.

Angel informed Max that Ari loved her a lot even though he constantly tried to kill her. Max reacted sarcastically, saying to the reader that he needed to read an article on how to convey his feelings more appropriately.

Ari wanted Max to be his friend, although he expressed it violently by trying to wound Fang to the point of hospitalization because he didn't approve of Max and Fang's romance. He later considered just taking Max as his friend and living with her in hiding.

Ari's greatest desire was to have his father be proud of him, and he was extremely and horribly jealous of how his father doted on Max. He one time expressed a desire to choke his father until Jeb realized he ought to pay more attention to him.

Jeb was proud of him in School's Out - Forever when he told him of his plan to steal Max.

In Nevermore, Jeb revealed that the reason he continued to bring Ari back to life was so that he could have more than one chance at fatherhood, indicating he truly did care about his son. 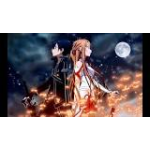